Some of the relatives of those who perished in the La Mon atrocity forty-two years ago gathered at a Commemoration at the Island Civic Centre in Lisburn on Monday.
In a brief but moving ceremony, flowers were laid at the La Mon Commemorative Seat by Jim Mills whose wife, Carol, and sister, Sandra, perished in the inferno.
The names of the twelve victims were read by the Deputy Mayor, Cllr. Johnny McCarthy, followed by two minutes silence.
Inside the Council offices, Axel Schmidt, Advocacy Manager with Ulster Human Rights Watch, read from Scripture and led the group in prayers.
Mr Schmidt said afterwards: “It is important that we remember the innocent lives that were lost to terrorism during the thirty years of the ’Troubles’. Twelve people were murdered at La Mon and their loved ones will never forget the horror or pain of that unspeakable act. We remembered the victims in this the forty second anniversary and to acknowledge the pain and anguish that is still felt today.” 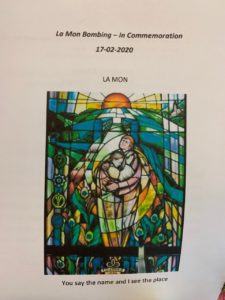 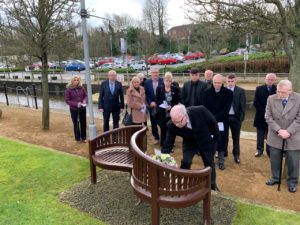 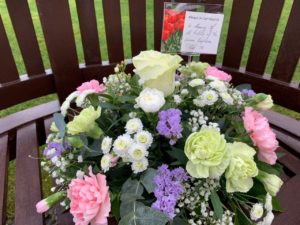